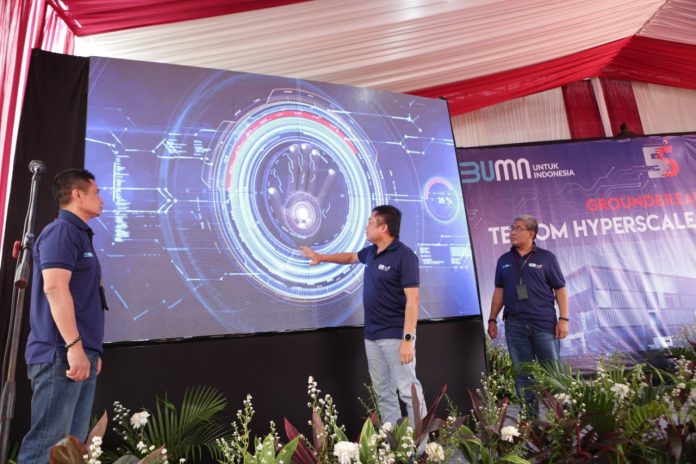 Serious about its transformation towards becoming a digital telco in Indoneisa, Telkom Indonesia held a groundbreaking ceremony for Telkom's HyperScale Data Center in the Bekasi Area, Thursday (9/7).

Bekasi, July 9, 2020 – In the spread of COVID-19,  the growth of hyperscale data centre market continues to rise across the Asia Pacific region, and Telkom is bootstrapping itself into the global digital ecosystem and eventually wave the flag of digital sovereignty in the Asia Pacific arena.

As the country’s top enabler of various ICT services and solutions, it’s no question that PT. Telkom Indonesia is magnifying its digital platform business and seizing the title of a digital telco by building Telkom HyperScale Data Center with a tier 3 and 4 certification. These tiers signify its data centers’ high-quality facilities and service levels with a fully redundant infrastructure and 99.995% of uptime, to ensure the agility of businesses in today’s highly dynamic world. Telkom Indonesia’s willingness to support businesses in undergoing a digital transformation shows us that their supremacy in Indonesia’s digital ecosystem is very well-deserved indeed.

On Thursday (9/7), Telkom’s Managing Director Ririek Adriansyah accompanied by Telkom Network & IT Solution Director Herlan Wijanarko inaugurates in the spirit of Telkom Group entity synergy, the announcement of an upcoming launch of the HyperScale Data Center. Recognizing the importance to increase effectiveness and efficiency for its customers’ experience, it is also integrating sustainability measures in its architecture, which is built with a concept of ECO (Evolve, Connected, & Origin). The first ever green data center that uses a webbing as material for building its design, this illustrates the company’s igniting spirit for innovation.

With its data centres widely spread out across 12 of Indonesia’s biggest cities and being connected to a broadband network, Telkom is certainly reassuring the country of its capability to accommodate the future needs for the digitalization of businesses such as edge computing, 5G services, blockchain and other digital solutions.

Telkom’s President Director Ririek Adriansyah revealed  "HyperScale Data Center proves Telkom's seriousness to become the biggest player in the digital platform market. With the ability to provide high density capacity facilities, this data center can not only be used by corporations and industry players in Indonesia but also for big players of world class content players, "explained Ririek.

Sticking by its ECO concept, Telkom HyperScale Data Center shows Telkom’s commitment in reducing the amount of carbon dioxide emissions by constructing gas power plants and solar panels for public areas and offices around the area. Telkom HyperScale Data Center will be built on a land area of ​​65,000 m2 and a total capacity of up to 10,000 racks with a total electrical power capacity of around 75MW.

"With the leading technology, the best innovation from TelkomGroup synergies in the Telkom HyperScale Data Center, we are optimistic that in the future Telkom can become a big player for the data center business and strengthen the digital domain platform as planned by the company," concluded Ririek.

Indeed, with such strong commitment and positive attitude, Telkom is leading Indonesia’s digital capability towards agility. 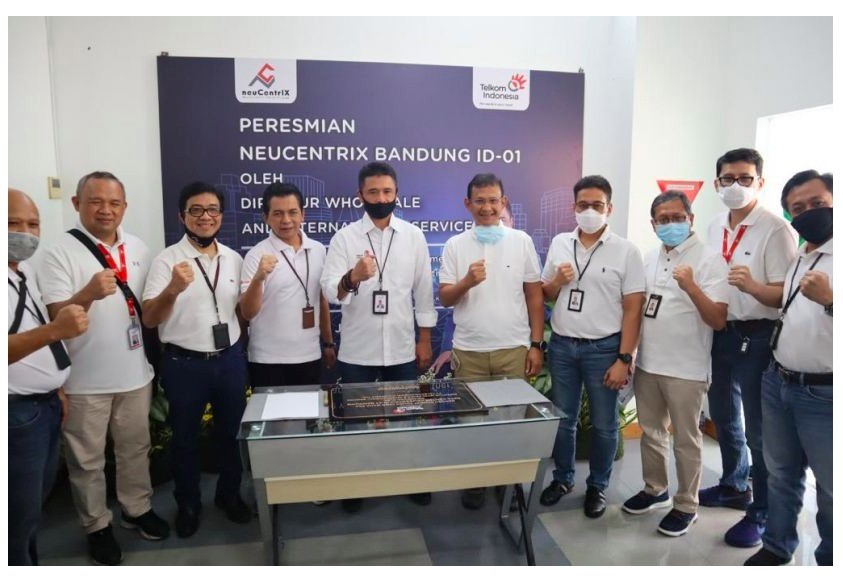 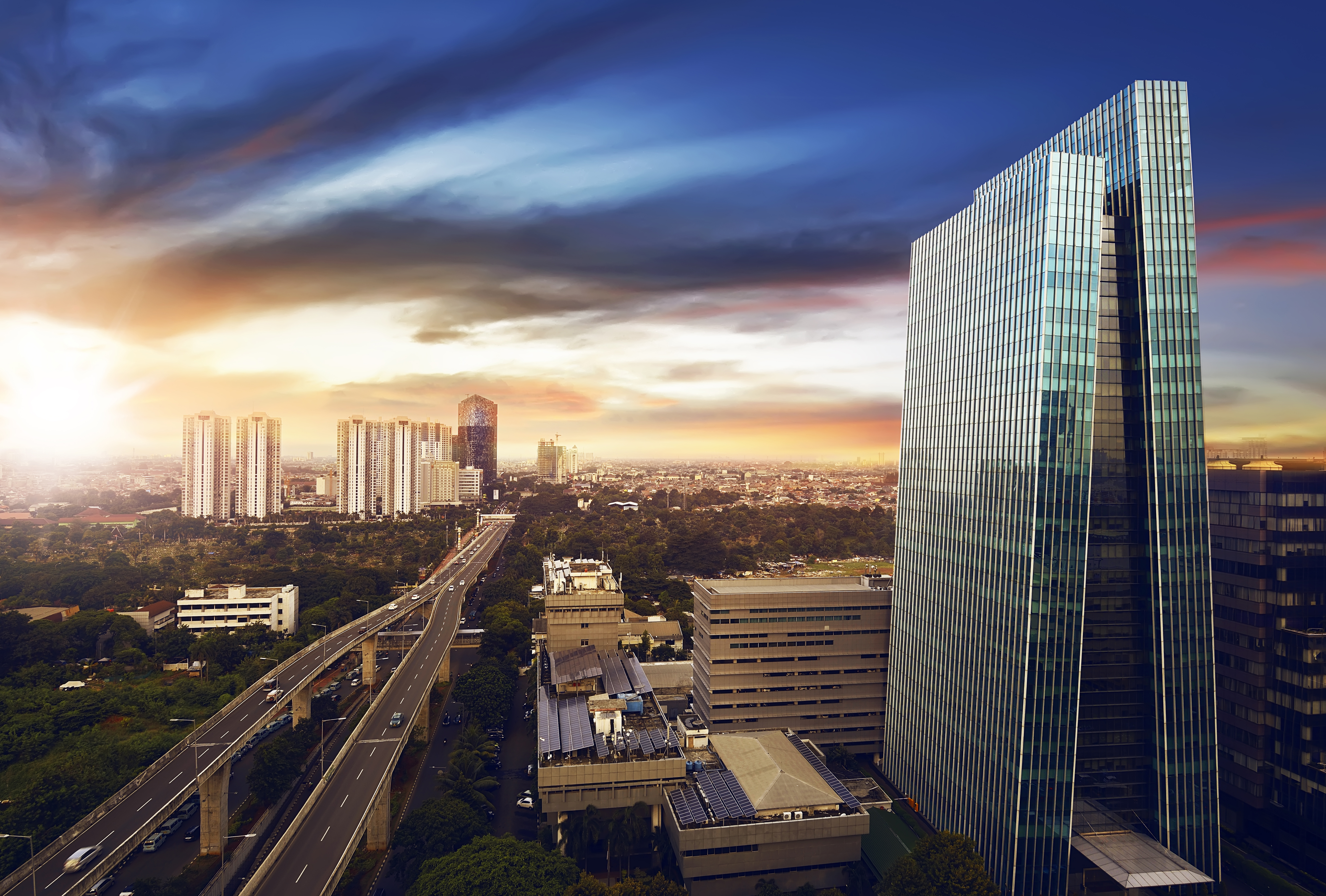 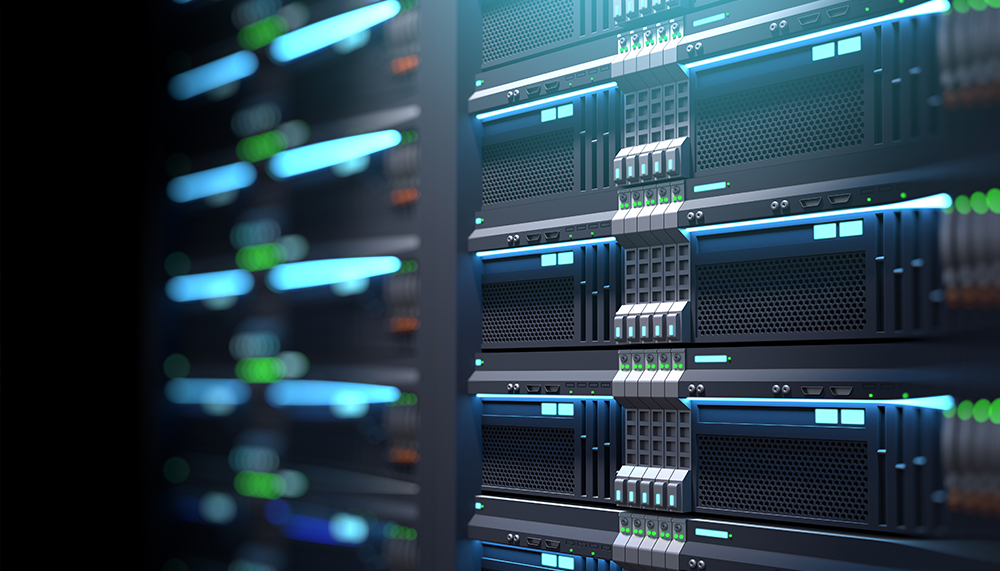 4 Types of Web Hosting and Their Differences 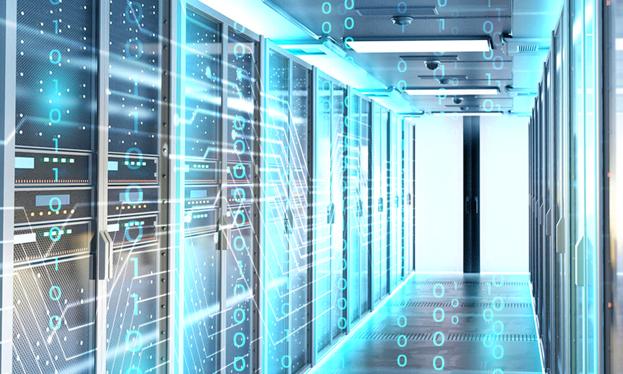 Hyperscale Data Centers: How They Empower Businesses in The Digital Era